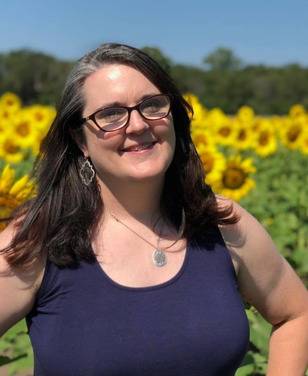 WE ARE PLEASED TO ANNOUNCE
OUR NEW TRANSITIONAL PASTOR

and we are pleased to welcome Rev. Suzanne Motter as our Transitional Pastor.

Rev. Suzanne Motter (she/her) serves as the Transitional Minister for Park Hill Christian Church. She is passionate about creating opportunities for people to serve in love and learn alongside others.

Suzanne earned her Bachelor’s in Religion and Psychology from Texas Christian University as well as her Master’s of Divinity from Brite Divinity School, Texas Christian University in Fort Worth. She met her husband Ryan, also a minister at Community, 10 years before they became friends. He moved to Kansas City after seminary to serve a church, and they became connected through mutual young clergy friends.